Although genetics has the biggest effect on your ability to burn fat, certain foods can rev up your metabolism or seriously slow it down. When we can’t lose weight or our weight loss stalls, we blame it on our faulty metabolism. Yet if metabolism really is to blame, can you counteract the effect by eating certain metabolism-boosting foods?

Possibly. What we eat can help influence our metabolic process and make it a little more or a little less efficient. But before you overhaul your diet, it’s necessary to understand how your metabolism functions.

What Affects Our Metabolism, for Better or Worse?

Genetics play the biggest role in metabolism, but some variations are seen among certain ethnic groups.

Lean muscle mass, which accounts for about a 5 percent difference between men and women, also affects metabolism, because muscle burns more calories than fat, even at rest. Increasing muscle mass through exercise increases your metabolism even when you’re not actively exercising.

The most variability in metabolism among individuals is also seen with activity thermogenesis (the number of calories you burn by being active).

How Does Eating Certain Foods Help Rev Up Your Metabolism?

Certain foods can speed up or slow down metabolism, potentially affecting weight loss. But it’s not a simple, direct relationship — "eat this to boost your metabolism and lose weight."

For example, meals high in protein cause our metabolism to increase, but it’s usually temporary. “At that meal, your energy expenditure is greater,” says Majumdar. “Whether that actually translates to big changes, weight management, or weight loss is a different story.”

What’s more, with respect to weight loss, metabolism isn’t the only factor; the amount we eat also matters. Eating meals high in protein, fiber, and healthy fats promotes satiety, meaning we’re less likely to eat as much at the next meal.

On the flip side, not eating enough calories can cause your body to use muscle for energy, which can lead to a loss of muscle mass. If the body is trying to reserve its energy stores, metabolism will slow.

Experts agree that there’s no one food that will have such a significant effect on our metabolism that it would cause us to lose weight. But there are foods that may rev up your metabolism a bit, and there are others you should eat in moderation or avoid altogether.

Six of the Best Foods to Help Boost Your Metabolism 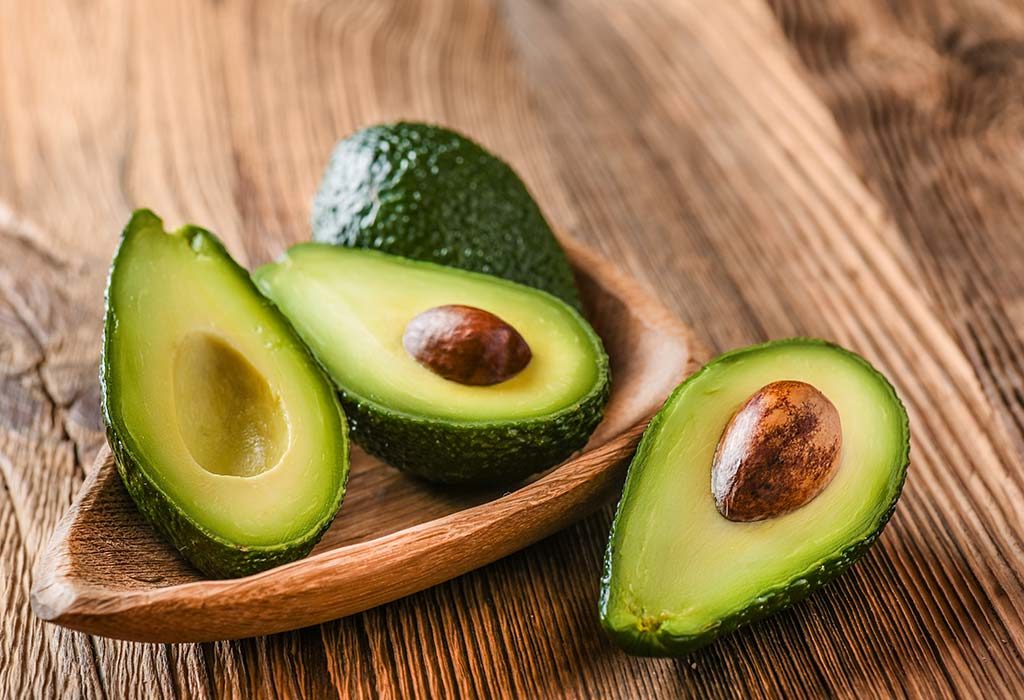 Avocado is high in healthy polyunsaturated and monounsaturated fats, which promote satiety. A study published in November 2013 in Nutrition Journal found that adding half an avocado at lunch may help overweight people feel more satisfied and reduce their desire to eat in the hours following a meal.
Since avocado is an anti-inflammatory food, it may have a secondary effect. “Inflammation can definitely interfere with a lot of different things in your body, one of which might be metabolism,” says Lisa Moskovitz, RDN, the CEO of the New York Nutrition Group in New York City.
If you’re trying to lose weight, be mindful of portion sizes. One quarter of an avocado has 80 calories and 8 grams of fat.

High in protein and fat, tempeh promotes satiety — a feeling of fullness. Since the soybeans it's made with are fermented, tempeh contains probiotics, which can be beneficial for gut health and may improve immunity. “When all that is running well, it can help you have more energy and burn more calories,” Moskovitz says.
A meta-analysis published in May 2017 in the journal Microbial Pathogenesis suggests that adults who take probiotic supplements may lose weight; the review did not attribute this to a direct increase in metabolism. It’s important to note that research on the link between probiotics, gut health, and weight is still preliminary. Many more studies are needed before probiotics in food or supplement form can be recommended for weight loss or healthy weight maintenance. 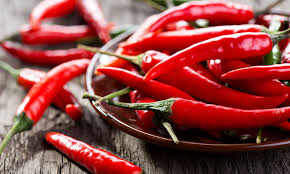 Studies show that eating spicy foods like chili peppers may help speed up metabolism. A meta-analysis published in June 2017 in the journal Bioscience Reports found that capsaicin, an active compound found in chili peppers, helps to speed up metabolism and may play a role in weight loss as a result. The studies included in the analysis used capsaicin supplements, so it cannot be assumed that capsaicin-containing foods (which have lower amounts of the compound than concentrated supplements do) would have the same affect on metabolism.

Beans are an excellent source of protein to keep you feeling satiated — and amino acids, the building blocks of protein, can help preserve muscle mass and thus burn more calories while your body is at rest. “Foods that promote or preserve lean muscle mass are always good for metabolism,” Moskovitz says.

Additionally, the fiber in beans helps to fill you up with fewer calories so you can go for a longer time between meals or eat less overall.

Eating ¾ of a cup each day of beans or legumes was found to contribute to just over half a pound of weight loss over about six weeks, according to a systematic review and meta-analysis published in September 2016 in the American Journal of Clinical Nutrition. Although half a pound itself isn’t a huge amount, adding beans and legumes to your diet may help you lose weight and prevent you from gaining it back, the authors noted. 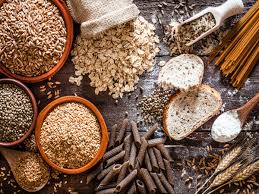 Eggs are not only low in calories, but because they’re an excellent source of protein and some healthy fat, they stave off hunger. They’re also a good source of B vitamins, which have been shown to boost metabolism. “B vitamins help convert the foods you eat into energy, so they help with processing those calories better and using them for energy,” Moskovitz says.

Research published in the International Journal of Obesity looked at overweight and obese adults over an eight-week period. Two sets of participants went on a diet that reduced their energy intake by 1,000 calories a day. One of these groups ate two eggs for at least five days a week for breakfast and the other group consumed the same amount of calories but ate bagels. The egg eaters lost 65 percent more body weight, 16 percent more body fat, had a 61 percent greater reduction in body mass index (BMI) and a 34 percent greater reduction in waist circumference. (The study also looked at two other groups of participants, who did not go on a reduced-calorie diet but followed the same egg or bagel plan. No statistical differences in weight or fat loss were shown between these sets.)

Five Foods to Cut Back on When It Comes to Metabolism 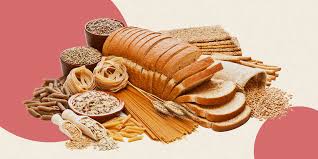 Refined grains like those found in processed, packaged foods, white bread, pasta, and rice can sabotage weight loss. A study published in June 2011 in the New England Journal of Medicine linked a weight gain of .39 pounds, over a four year period, to each daily serving of refined grains.

Refined grains contain empty calories, lack fiber, and can cause blood sugar spikes. “They’re not as filling, so you can end up eating a lot more, taking in a lot more calories, and it can make you feel a lot more tired and sluggish,” Moskovitz says. 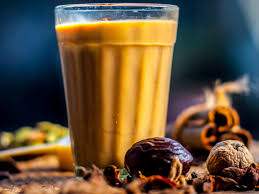 Sweetened beverages could slow down your metabolism. A study published in July 2017 in the journal BMC Nutrition found that eating a high-protein meal with a sugar-sweetened drink may negatively impact energy balance, reduce fat metabolism, and cause the body to store more fat.

While fruit juice may not contain added sugars, it's still high in calories, and juicing strips the fiber content from fruit. Since it’s a concentrated form of sugar, juice can stimulate your hunger, increase blood sugar and make you feel hungry shortly after you drink it, Moskovitz says. 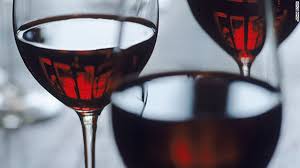 Alcohol is loaded with calories, and when we drink it, we often don’t make the best choices when it comes to food. Since alcohol consumption also negatively affects blood sugar, you might crave sugary foods after a few glasses of wine and the next day feel unmotivated to exercise. “For some people it could take a few days to return to your normal, functioning self,” Moskovitz says.

A review published in March 2015 in the journal Current Obesity Reports found heavy drinking and binge drinking are associated with an increased risk for obesity.

Although it’s often promoted as a health food, granola is high in calories and fat, and the high sugar content in most types can spike your blood sugar and make you feel hungrier. Instead, look for granola made with 100 percent whole grains, nuts, and a limited amount of dried fruit, and avoid those with added sugar and oils. “Granola is one of those mythical health foods that has a lot of calories [and] can have a lot of sugar,” Moskovitz says.

Swap soybean oil and other oils high in omega-6 fatty acids for olive oil or flaxseed oil, or eat fatty fish such as salmon. Of course, soybean oil may be difficult to avoid because it's an ingredient in a number of processed foods. Rather than making a swap in this case, avoid the processed food altogether and choose whole foods.

8 Best Teas for Losing Weight and Boosting Your Metabolism

9Ways to Increase your Metabolism Naturally